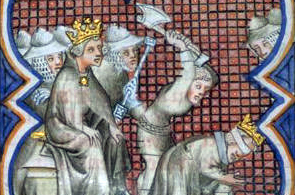 The problem with The Counterplot is all the things it isn’t. It isn’t philosophic, it isn’t religious, it isn’t dramatic, it isn’t comic, it isn’t tragic, it isn’t feminist, and as a whole it isn’t interesting. Published in 1926, it is the sort of book forever about to be ‘rediscovered’, gushed over by earnest friends of friends with obscure interests and dubious taste – forgotten, perhaps deservedly so.

Teresa Lane, fading into spinsterhood, is waspish and unpleasant to her family, particularly to her flirtatious younger sister Concha. Rejecting one suitable young man,1 ignored by another (who later marries Concha), Teresa becomes infatuated with a business associate of her father’s. Somehow this becomes material for a mock-Spanish play, which is supposed to reveal great truths about the family’s inner lives, but only makes the reader feel almost as embarrassed and uncomfortable as the audience at its first performance. The end of the novel settles the mantle of spinsterhood more firmly upon Teresa’s unappealing shoulders, suggesting a future rich in every sort of emotional stultification and disappointment.

Perhaps that is the primary difficulty of The Counterplot: the main character has neither the luck to be interesting, nor the good grace to suffer from extraordinary circumstances. She earns her reputation for cleverness through her silence, and when she does finally gather courage to say something with her play it is irrelevant, false, and embarrassing. Her inactivity brings her irritation and pettiness, but her activity brings (minor) humiliation and disappointment.2

If Mirrlees’ heroine lacks the spark of life, the novel shines in the secret lives of its minor characters. The mother is a masterpiece; from her annoyance at her husband’s infidelity, to her scheming to get her unappealing eldest daughter off her hands, Mirrlees manages to convey her stifling dominance while talking very little about her. The father is lightly comic, with his dreams of a running away to a yacht, either with his mistress or, on days when women seem more impossible than usual, alone. Mirrlees gives more flesh to these characters in two paragraphs than she can give to Teresa in an entire novel.3 Concha, for example:

She had the tremendous pride of generation of the post-War adolescent; she and her friends she felt as a brilliant, insolent, triumphant sodality, free, wise, invincible, who, having tasted of the fruit of the seven symbolic trees of Paradise, and having found their flavour insipid, had chosen, with their bold, rather weary eyes wide open, to expend their magnificent talents on fox-trots, revues, and dalliance, to turn life and its treacherous possibilities into a Platonic kermis – oh, it was maddening of Teresa not to see this, to persist in thinking of them as frivolous, commonplace, rather vulgar mediocrities! She should just hear some of the midnight talks between Concha and her friend, Elfrida Penn … the passion, the satire, the profundity! As a matter of fact, these talks were mainly of young men, chiffons, the doings of their other schoolfellows, what their head mistress had said to them on such and such an occasion at school (73)

‘The passion, the satire, the profundity’ indeed – Mirrlees punctures Concha’s conceit neatly, but without rancor. Would that she had been as kind to Teresa. Ultimately, an anonymous contemporary reviewer said as much as can be said for the novel:

In Miss Mirrlees’s last novel ‘The Counterplot’, one detected a curious individual flavour, more subtly and completely individual than that of any modern writer I remember to have read. It is not accounted for by her conception of character or her approach to realism, and yet it informs both these; its tangible expression is, I think, her style, which in its elaborate yet clear-cut and deeply coloured nature suggests a series of pictures in mosaic. The inward feeling it gives is of a bitter sweet taste left upon the tongue, or of one of those scents, harsh and infinitely strange which one sometimes smells in filigree bottles in a curiosity shop [….] to my mind the drawback to ‘The Counterplot’ was that all-embracing pedantry, extending to every walk of life from the mediaeval Spanish convent to the naval smoke-room. One wearied of being told so much and so often what one either knew, or, not knowing, did not wish to know.4