For I have taken to getting up again. I thought I had made my last journey, the one I must now try once more to elucidate, that it may be a lesson to me, the one from which it were better I had never returned. But the feeling gains on me that I must undertake another. So I have taken to getting up again and making a few steps in the room, holding on to the bars of the bed. What ruined me at bottom was athletics. With all that jumping and running when I was young, and even long after in the case of certain events, I wore out the machine before its time. My fortieth year had come and gone and I still throwing the javelin.

A Publisher Speaking is a collection of five talks about the book industry given to various audiences between 1931 and 1934 by Geoffrey Faber, the founder of Faber and Faber. The contents of the volume are as follows:

Many of the suggestions Faber makes have been followed in the book industry. Independent booksellers especially make more of an effort to ‘promote lectures, entertainments, exhibitions, readings, and the like’ (33) – the manner of selling books hasn’t really changed since 1933, though the market has.

More interesting than his ideas about bookselling, though, are his ideas for the regulation of the publishing industry. In an idea that may come from Stanley Unwin’s The Truth About Publishing,1 Faber supports the idea of licensing for publishing firms – that is, requiring potential publishers to pay a yearly fee to set up shop and publish books: so much for so many novels each year (136–141). As he says rather more brutally:

What is wrong with publishing is that there are too many publishers, and far too many books (135).

Licensing would, Faber thinks, resolve both of those problems. Moreover, there was already an organization in existence that could manage the process: the Publisher’s Association, of which Faber was for a time the head (106f.) It was not undertaken, due in part to the war-time restrictions on publishing and the later evolution of corporate media conglomerates, which ensured that publishing stayed in the control of the wealthy few – though not those who cared about the quality of literature. 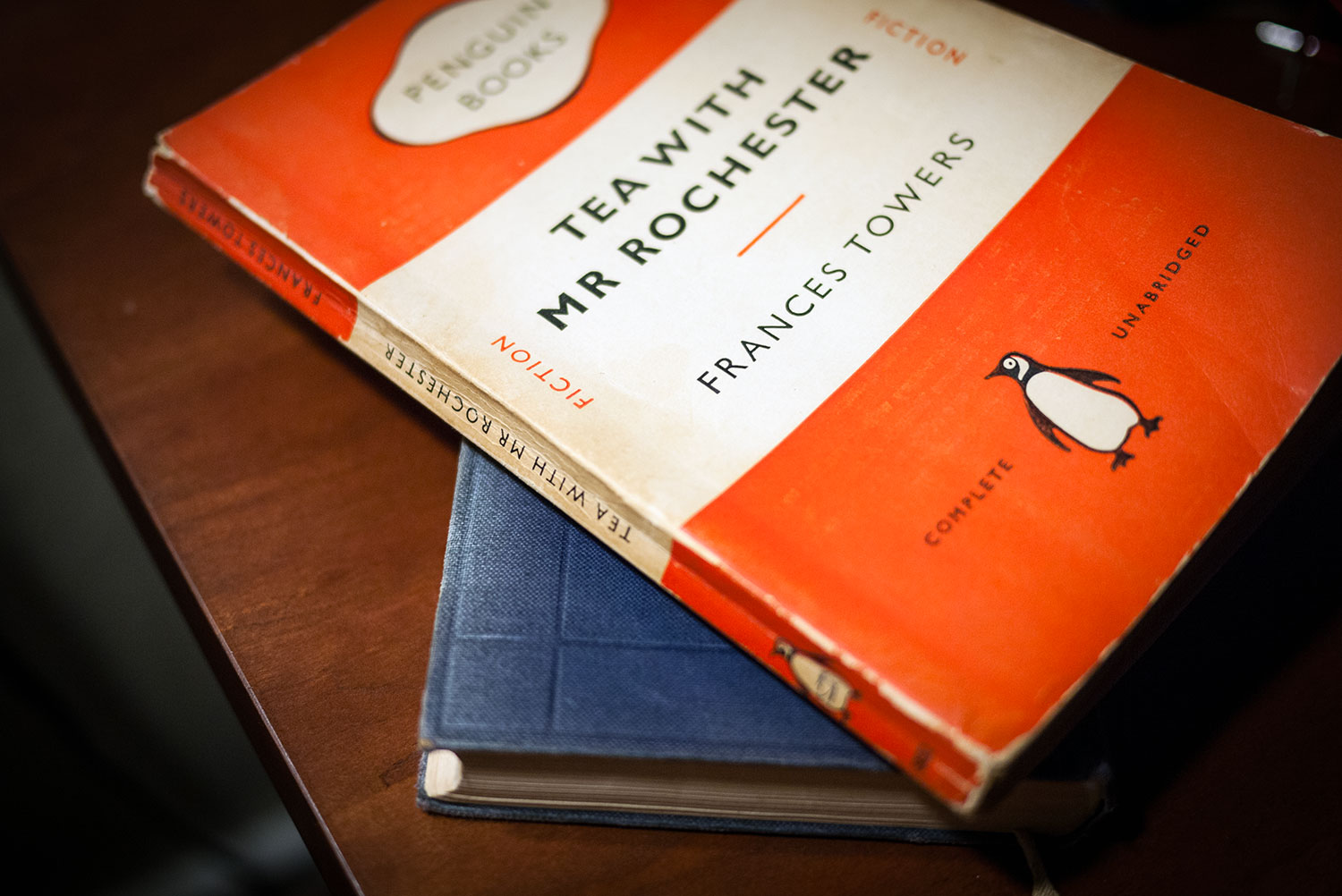 A few books close at hand.

Her favourite reading was a mouldy old book called Urn Burial, that she read in bed; and she liked creepy, rustling things like tortoises and cacti. She had a dark, haggard face that made one think of an old graveyard, but her eyes were so dark and deep that when one talked to her, one talked into her eyes, the way one drops a pebble into a pool to watch for the ripples.

In reading an old anthology of short stories (Modern English Short Stories: Second Series), I happened to like one by Frances Towers – who does more than describe sitting rooms – and her posthumous collection Tea with Mr. Rochester did not disappoint.

Runner beans, with fresh green foliage and small but bright red flowers in summer, clambered over dilapidated little arbours drenched with lingering, grey autumnal mists and the dull, stale cold of winter without frost and snow.

The door Franz opened was rusty. All the allotments seemed to be an ocean of rotting cabbage stalks. Here and there, white snowdrops came creeping quietly out from under the rubbish. You didn’t see them creeping, just their whiteness. 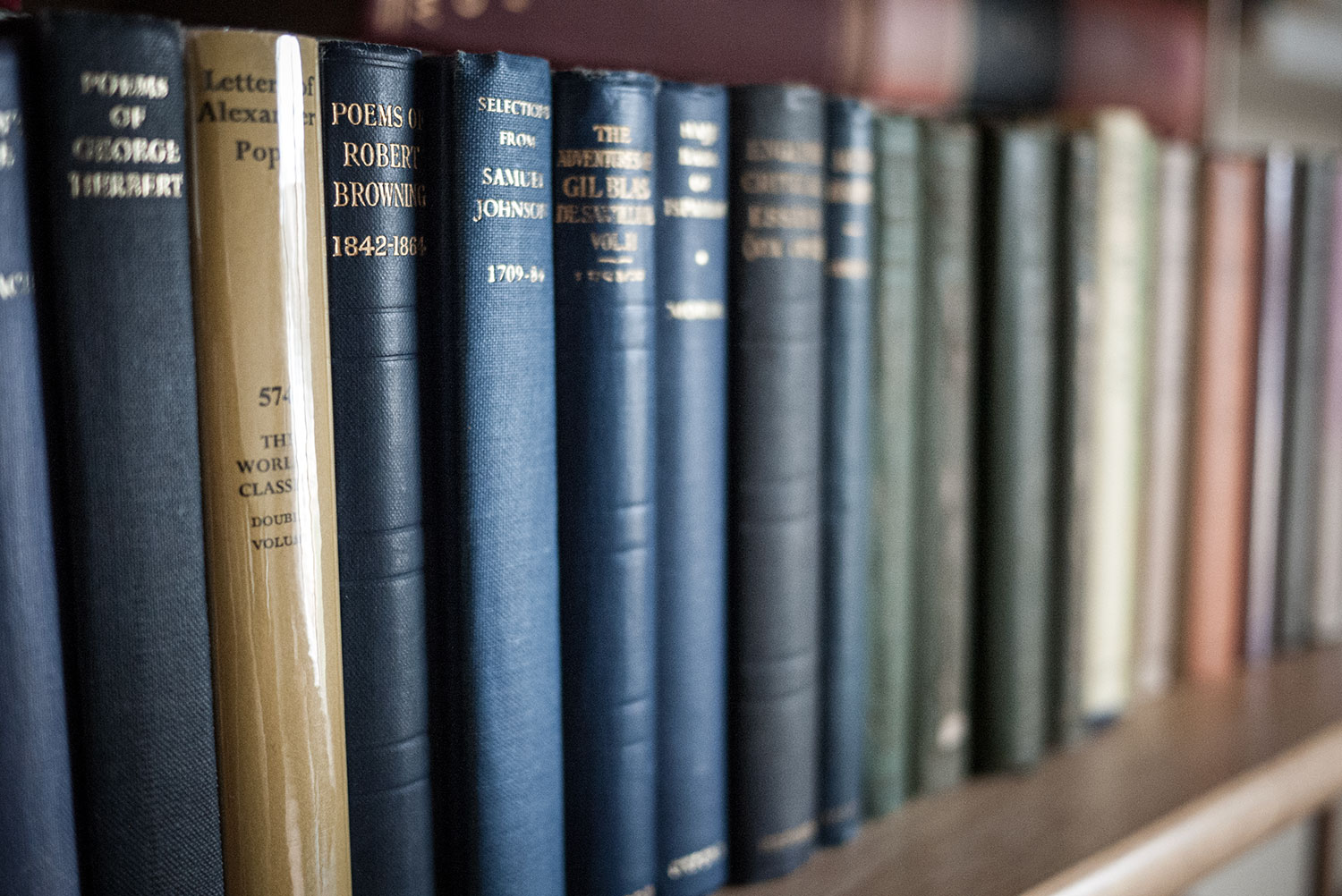 He is a learned man, and has a power of college-books by heart: his greatest fault is, that he incessantly quotes passages from them in conversation, which is not agreeable to everybody.

There are of course other things I should be doing, even other things I should be reading, but just at the moment detective stories seem to be what I want. They are amusing and plotty and charmingly shamefaced. There’s not a one that takes itself too seriously, not one that claims it will last longer than empires, not one that poses or postures as anything but what it is: a detective story. Of course they do not mind nodding and winking at the reader, with protestations of ‘lawd, I wouldn’t believe it if I read it in a book’ or ‘you’ve read too many detective stories’ at some improbable turn of the plot – though one detective even goes so far as to credit a mystery he’d read with helping him to solve the case.1 Neither here nor there; suffice it to say that I’ve been reading detective stories and am not quite sure what will come of it.

from that other place

If one grows up in Oregon, one hears a lot about William Stafford. Always being the sort of person to avoid what other people are talking about (with no regard for its merit or interest), I never read any of his work until just a few months ago – and I expected to sneer even then.1 This is not a very good start, especially when I was planning to read a new (to me) collection of poetry every month and write about it – this is a very bad start indeed.

Anyway. I happened to read ‘A Way of Writing’. My expectations were low – but the humility and sensibleness of the essay left me (slightly) chastened and I set my sneering aside (for the moment). I even went to far as to attend the launch for Winterward, published by the local press last December, Of course since I attended the launch, an eminently respectable affair in a downtown chapel, I thought I might as well pick up a copy; once I had a copy of the book, I figured I might as well read it, so here we are. If you’re not familiar with Winterward, it’s William Stafford’s doctoral dissertation from the University of Iowa and this edition is the first time that these poems have been published as a collection with Stafford’s introduction.2 This is all fine and good, but what I like about the book, what I liked about the launch event, was the atmosphere of the thing: the way that the presenters burnt incense (as it were) on the altar for the poet, for his character, and for poetry in general – and the way that this resonated with the uneasy deism of the collection.3 It is quite a religious set of poems, concerned with God and souls and how one balances against authority, as in the following poem, ‘Fieldpath’:

I helped make this groove,
and other helpless monuments I have
carved—turning them over this evening,
I see no way to escape immortality:
my shadow with its Christian name
has worn out through this grass so long.

One could say that this poem, too, is a track in the grass – an eminently perishable, transitory path that might yet be more durable than grass and cram more than eternity into an hour. The body is the shadow-self, and the real self – not bumbling along, yet still curiously powerless to contend with shadows – is what? the soul? the mind? Whichever it is, it is at odds with its labels, its Christian name. I don’t want to wrestle more with this poem; perhaps because it could win, but in any case because I would certainly lose, have certainly lost – I must acknowledge that it was interesting to read the collection, and it was interesting to be surprised by it. Perhaps, slowly, I shall learn to achieve a greater share of receptivity, as Stafford counsels:4

Maybe I have to settle for an immediate impression: it’s cold, or hot, or dark, or bright, or in between! Or well, the possibilities are endless. If I put down something, that thing will help the next thing come, and I’m off. If I let the process go on, things will occur to me that were not at all in my mind when I started. These things, odd or trivial as they may be, are somehow connected. And if I let them string out, surprising things will happen.

(8) Finger-prints of any value to the police are seldom found on anybody’s skin.

(9) The pupils of many drug-addicts’ eyes are apparently normal.

(10) It is impossible to see anything by the flash of an ordinary gun, though it is easy to imagine you have seen things.

(11) Not nearly so much can be seen by moonlight as you imagine. This is especially true of colors.

(17) Even detectives who drop their final g’s should not be made to say anythin’ – an oddity that calls for vocal acrobatics.

(19) A trained detective shadowing a subject does not ordinarily leap from doorway to doorway and does not hide behind trees and poles. He knows no harm is done if the subject sees him now and then.