Watch the sunrise. Up and coffee, mending the lining of a jacket,1, attend sessions at conference, re-pack bags,2 knit on the fuzzy short-sleeve pullover, go out to coffee and read, finally finish all the tagging & categorizing on this very site that I have put off for two years already.3

the heart of the matter 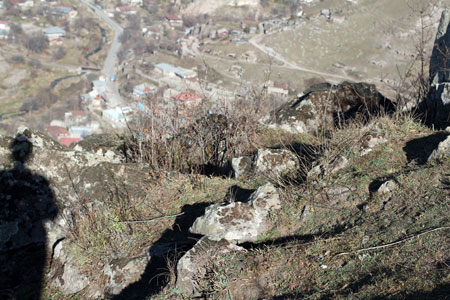 The image occurs to me: Odysseus’ men eating the cattle of the sun; because they are hungry of course. But they do not see that the cattle are sacred, and more to the point, do not belong to them. The word returns to me: νήπιοι. And it felt good to say it.1

We look in the taxi. If there is a meter: fine.

‘No – it’s a hundred dram a kilometer, we’ll go by the odometer.’

‘Well how much is it to point B from here?’

A short conversation usually follows: ‘Sorry, I don’t think you’re a bad person, but so often taxi drivers see we are foreigners and they cheat us, charge us 1300 dram for a ride that should be 700 – we realized later of course and got angry, but what can we do?’; ‘Fair enough, folks will cheat if they can’ – and that’s the end of it; we sit our twelve minutes and arrive at our destination.1

This last time, though, the driver kept talking, and he said something that I keep coming back to: ‘They’re hungry you see – not like really hungry, but they are in the habit of hunger – they can’t stop themselves: they have to take and take even when it’s wrong, even when they don’t need it. They’re hungry.’2

And so they are.

… according to a tale from Bulgaria, when God was handing out the different religions the Gypsies wrote theirs down on cabbage leaves, and before long the holy book was a donkey’s dinner. Another weird tale of alimentary blasphemy comes from Romania: The Gypsies built a church of stone and the Romanians built one of bacon and ham. The Gypsies haggled until the Romanians agreed to exchange buildings – and promptly ate their church. The Serbian version has the church made of cheese …

– Isabel Fonseca
(Bury Me Standing: The Gypsies and Their Journey,1 p. 88f.)

it was in the bleak december

Ah yes, distinctly I remember, what I was doing ten years ago today. Of course looking at where I’ve been: 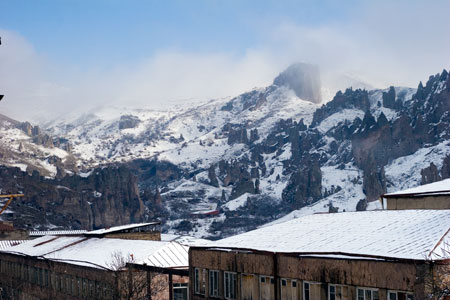 …one hardly knows what to expect for the next ten years.3 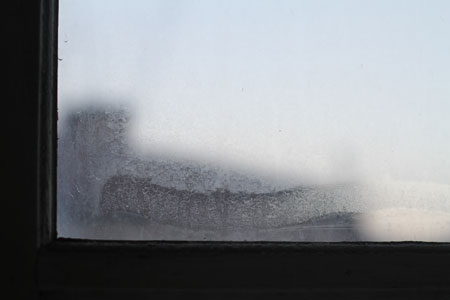 Boiling the kettle for tea steams up the windows. Still no snow, though.