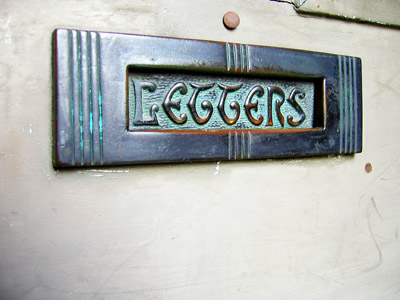 Convert me into meter, sir,
dispose of me in rhyme –
pray enjamb me in a corner
where I must bide your time.

With assonance I’ll not demur,
in iambs I shall dwell,
embrace alliteration’s lure –
I’m sure it suits me well;

each topsy-turvy metaphor
and simile obscene –
I will not ponder what they’re for
or ask you what you mean.

For meaning’s mark you may forswear
though I should keep your time:
Dispose of me in meter, sir,
disperse me into rhyme.

I have been very idle lately; both from the overpowering idea of our dead poets and from abatement of my love of fame. I hope I am a little more of a Philosopher than I was, consequently a little less of a versifying Pet-lamb.

Then how vncertaine our estates would be, how vncomfortable our selues, how dangerous and pernicious it would be for the state of euery common-wealth, all men may easily iudge, yet God to preuent these inconueniences, for the further benefit of mankind, as hee hath giuen vs a voice to expresse the minde vnto the eare, so hee hath giuen vs hands to frame letters or markes for the voice to expresse the minde vnto the eyes. So that the eyes and eares are as it were the receiuers of message sent vnto the heart, the hands and voice as deliuerers of message sent from the heart: And though the voice be a more liuely kind of speech, yet in respect it is but onely a sleight accident made of so light a substance as the ayre, it is no sooner vttered but it is dissolued, euery simple sound doth expell and extinguish the sound going before it, so that the eare can haue but one touch of the ayre beating vpon it to declare the speech vnto the mind: but the hand though it giue a dumbe and a more dull kind of speech, yet it giues a more durable. A letter is a grosser substance, and therefore is of more continuance than a sound: what is once written still continueth when the hand ceaseth. If the eyes haue not satisfied the mind at one view, they may looke on it againe, yea till they haue satisfied it’s desire: And by this meanes of noting and charactring of the voice, all things worthy of memory are defended form iniury of forgetfulnesse…1

An Essay on the Art of Ingeniously Tormenting

…it is from suffering, and not from inflicting torments, that the true idea of them is gained (130).

A satire in the manner of Swift’s Directions to Servants,1 Collier’s Essay is neither so light nor so sharp a piece of prose, though it possesses a certain sardonic weariness. I am reminded of Woolf’s criticism of Jane Eyre – one feels the author’s indignation and, more importantly, lack of control so much that the work itself is weakened. Such criticism is not quite appropriate in this case, not least because the sections dealing with Collier’s own experience as an unmarried dependent female or any of the common perversities of friendship are the most powerful in the work:

When a person so thoroughly loves his friend, that it is one his greatest pleasure, to serve, to please, or to amuse him; he cannot, it is true, want thanks for every thing he does; nay, he will be so far from it, that nothing could be more unpleasant to him, than to receive such perpetual acknowlegements for his kindness; yet there is a manner of overlooking such constant endeavours, which is not only mortifying, but very grating, and which I would have you, my good pupil, not fail to practise. But if ever it has been in your power to do the least service to your friend, you may puff and blow; you may magnify the trouble you have taken; and you may praise your own friendly disposition and good-nature, till you have forced from your friend thanks and acknowlegements enough to repay you for having conferred the greatest favour in the world (100).

Although it is possible to read the Essay looking for humor, as I did, I wonder now whether it wouldn’t be more appropriate to consider it as an anatomy of psychological abuse, an approach that might reconcile a reader the occasional broken and limping passages.

There is one mistake which people have often run into, in their choice of a dupe; namely, in thinking, that the principle qualification to be insisted on is, his having a soft place in his head; whereas the chief thing to seek after is, the man who has a soft place in his heart. Many a disappointment has arose, from fixing your choice on a fool; for frequently will you find such a want of affection, such a thorough selfishness, so much cunning and obstinacy, annexed to folly, that all your labour will be thrown away (94).

At the end of March there was a puff piece about Anne Carson in the NY Times, occasioned by a staged reading of her translation of, I think, Euripides’ Hekabe.1 One short passage attracted my attention:

This could pass as modesty, if Aristotle had never been done into English. Why? In his treatise on poetry, our favorite peripatetic refers to poetic composition with the word ποίησις from the verb ποιέω, which is commonly translated as ‘to make, create or produce’. From this vantage, Carson’s seeming distinction between poetic composition and ‘making things’ sounds false, or at least preciously sly. I must admit, though, that the bleak light it casts on the character and future of ‘the poet’ is amusing, for she obliquely implies that a ‘poet’ is perfected, completed, dead,2 though the making of things – the poiesis – continues. Is the NYTimes journalist meant to grasp this? If not, then for whom is such cleverness displayed? On whom is the joke perpetrated? Call it wit, call it arrogance, I call it unnecessary. But only a pedant would say every utterance must be dictated by ἀνάγκη.

Perhaps I would be willing to forgive this sort of opacity if I actually liked her poems, but I find I must agree with one reviewer (of The Autobiography of Red) who finds that ‘in spite of its surface of high intellectualism, it is an easy read, the same sort of psychological baring that one finds in much confessional poetry, the “literary” equivalent of a beach towel novel.’ To complain about the facility of her poetry immediately after lamenting the ‘difficulty’ of her manner might seem the sign of an addled mind, if both complaints did not spring from the same source: irritation with (an apparent) lack of substance beneath the surface cleverness. But mere generalizations won’t forward my point – best to look at a poem.3 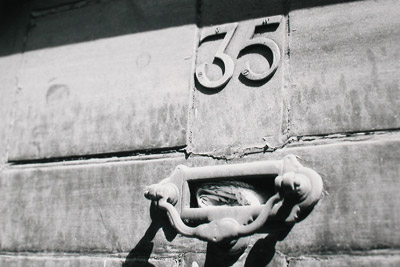 I will be to you wine in the cellar and the more modestly or rather indolently I retire into the backward Bin, the more falerne1 will I be at the drinking…

In conversation with Ford Obert, R.A., the nameless novelist narrator of The Sacred Fount notes the following:

It might have been my mere fancy – but it was my fancy – that he looked at me a trifle harder. ‘How on earth can I tell what you’re talking about?’ (145).

Readers might feel inclined to ask the same question; that’s the great joy of the novel – trying to figure out if one can tell what on earth James (or the narrator or, indeed, any of the other characters) is talking about.

So I settled down at once as a full-fledged anarchist.

Figure to yourself a group of naked cottages with bald slate roofs untempered by the years – no moss, no house-leeks – dropped down at random in a sticky clay cabbage-field – and you see our colony. [&#8230] Most of these young men were good fellows in their way – very simple-hearted anarchists. I do not credit it that they could have blown up a Tsar, or even dropped a bomb into a suburban letter-box. They confined themselves to cabbages and passionate denunciation of the oppressors.

… according to the notion I have of reason, neither the written treatises of the learned nor the set discourses of the eloquent are able of themselves to teach the use of it. It is the habit alone of reasoning which can make a reasoner. And men can never be better invited to the habit than when they find pleasure in it. A freedom of raillery, a liberty of decent language to question everything, and an allowance of unraveling or refuting any argument without offence to the arguer, are the only terms which can render such speculative conversations any way agreeable. For to say truth, they have been rendered burdensome to mankind by the strictness of the laws prescribed to them and by the prevailing pedantry and bigotry of those who reign in them and assume to themselves to be dictators in these provinces.

– A. A. Cooper, Third Earl of Shaftesbury
Senus Communis, an Essay on the
Freedom of Wit and Humour, I.4