Now and then a man may arise among us who in any calling, whether it be in law, in physic, in religious teaching, in art, or literature, may in his professional enthusiasm utterly disregard money. All will honour his enthusiasm, and if he be wifeless and childless, his disregard of the great object of men’s work will be blameless. But it is a mistake to suppose that a man is a better man because he despises money. Few do so, and those few in doing so suffer a defeat. Who does not desire to be hospitable to his friends, generous to the poor, liberal to all, munificent to his children, and to be himself free from the carking fear which poverty creates? The subject will not stand an argument;—and yet authors are told that they should disregard payment for their work, and be content to devote their unbought brains to the welfare of the public. Brains that are unbought will never serve the public much.1

Because everyone is familiar with Frontinus and is eager for more information about aqueducts and Roman water-supply, allow me to recommend A. Trevor Hodge’s charming survey Roman Aqueducts and Water Supply. Hodge eschews incomprehensibility (in so far as possible) and has the virtue, which Ashby lacks, of a modern bibliography. He is, however, rather chatty which somewhat lowers the ‘tone’, e.g.:

Administrative techniques are his forte, and engineering is really of interest to him only in so far as head office had something to do with it. When I was a boy, our school library was full of improving works with titles such as The Romance of Engineering. That is a concept which, when you get right down to it, Frontinus would not have understood; but he would very likely have substituted for it something even more alien to our own attitudes—The Romance of the Filing Cabinet (18).

If you are absolutely desperate, though, to learn about Roman water supply from fontes to cloaca, Hodge is as good a place to start as any. Also of interest (though I have not, myself, seen them yet):

I was sitting on the floor outside one of the meeting rooms at a rather silly academic conference—as one does, you know: it makes one ‘memorable’.1 It was the morning of, I think, the third day, about fifteen minutes before the first round of papers was to begin.2 As I was sitting on the floor, however, I must have seemed less terrifying than is my custom, because a perfectly ordinary young person (who had been loitering forlorn with a laptop) addressed me.

‘Greek or Roman?’ he asked. When he noticed my inclination to gape at (without answering) this question, he added: ‘which do you do?’

Hittite, I thought, but ‘Greek,’ quoth I. Expectant, he waited. ‘Hellenistic,’ I continued. Crestfallen, he sighed.

‘Uh, I hate to ask, but could you find Thebes on a map?’ here he motioned to his laptop, where a slightly incomplete map for his PowerPoint presentation glared in green, blue, and yellow glory. ‘I need Mycenaean, but…’

Good Heavens, sir!3 Do I look like a historical geographer?4 I suppressed my indignation and my sudden desire to study early Republican coinage. ‘I think I could point in you in the right general direction,’ I ventured. Virtuously, I did not point to Delphi or the place where three roads meet. He was only about five minutes late for giving his paper (which I did not, however, attend).

splitted in the midst

Currently (and actively) reading (in no particular order):

Of these, two are re-readings; if you guess which, I shall be impressed.

Addendum: my attrition rate on finishing these is really appalling.

I seem to be collecting Theophrastian anthologies. By which I mean the text of John Earle’s Microcosmography (1628) is available here for the amusement and edification of all and sundry.1 Here’s an excerpt from ‘A Down-right Scholar’:

The time has got a vein of making him ridiculous, and men laugh at him by tradition, and no unlucky absurdity but is put upon his profession, and done like a scholar. But his fault is only this, that his mind is too much taken up with his mind, and his thoughts not loaden with any carriage besides. He has not put on the quaint garb of the age, which is now become a man’s total. He has not humbled his meditations to the industry of compliment, nor afflicted his brain in an elaborate leg. His body is not set upon nice pins, to be turning and flexible for every motion, but his scrape is homely and his nod worse. He cannot kiss his hand and cry, madam, nor talk idle enough to bear her company. His smacking of a gentlewoman is somewhat too savoury, and he mistakes her nose for her lips.[…] He cannot speak to a dog in his own dialect, and understands Greek better than the language of a falconer. He has been used to a dark room, and dark clothes, and his eyes dazzle at a sattin suit. The hermitage of his study has made him somewhat uncouth in the world, and men make him worse by staring on him. Thus is he ridiculous, and it continues with him for some quarter of a year out of the university.

I am also partial to ‘an antiquary’, ‘a contemplative man’, ‘a plodding student’, ‘a pretender to learning’, ‘a critic’, and ‘acquaintance’, to say nothing of ‘the common singing men in cathedral churches’ and the ‘lascivious man’

8. Philaletheia, the disinterested love of scholarly truth, can lead one into some strange places. The connection of the two marginalia is the urge to recover the sense of an ancient text in full and accurately; to probe past the obscurity of poet and translator alike, to what Lycophron’s persona thought was to happen in those beds.

9. Now as the expositor of all this I begin to feel the onset of fixation myself…

11. Or to put that another way, emendation was more than a hunt for the words of an ancient author, done by rummaging through dictionaries. It was a hunt for the things observed or imagined by that ancient author, and lying behind those words: the life of antiquity, actual or imaginative. Not only is this philology in the broad, continental sense (Altertumswissenschaft) rather than the narrower, lexical English one. It launches him on a search into strange folkways of the Greek mind, that unreason which gave rise to their more admired life of reason…

The boundary between academic diction and obscure fiction is at times precariously thin.1

I remember that not long after our marriage Madame de Mauves undertook to read me one day some passages from a certain Wordsworth — a poet highly esteemed, it appears, chez vous. It was as if she had taken me by the nape of the neck and held my head for half an hour over a basin of soupe aux choux: I felt as if we ought to ventilate the drawing-room before any one called.

‘I mean, Thessaly wasn’t precisely on the cutting edge of epigraphy…’ said the student.

‘To coin a phrase…’ replied the teacher. 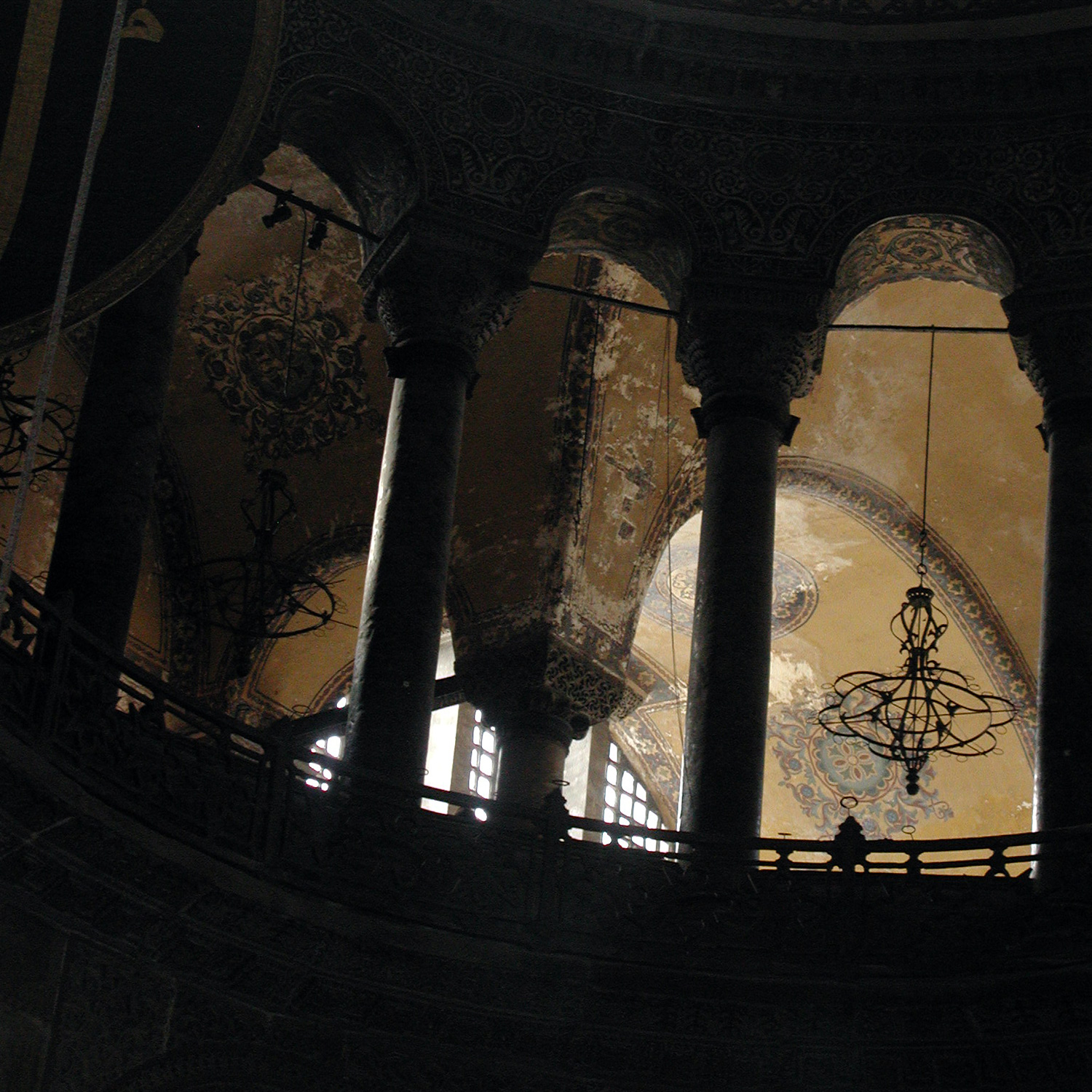 I call that day good in which I may spend the morning in bed reading Aubrey’s Brief Lives (cf.) and Cornelius Nepos.1

When Oxford surrendred, the first thing General Fairfax did was to sett a good Guard of Soldiers to preserve the Bodleian Library. ’Tis said that there was more hurt donne by the Cavaliers (during their Garrison) by way of embezilling and cutting off chaines of bookes, then there was since. He was a lover of earning,a nd had he not taken this speciall care, that noble Library had been utterly destroyed, for there were ignorant senators enough who would have been contented to have had it so.2

Failing that, though, I would settle for late eighteenth-century epistolary novels.

The crusades were a proper time to observe human nature – the pursuit of holiness for the sake of money, the use of torture for the sake of identity, a time of passionate care and commitment. Those who distributed pain were politicians; those who profited, saints. Either way life was not easy; unless you died young, which was recommended (79).

It had been a cold summer. I was living in London in a bed-sitting room at the top of four flights of stairs.

There was a peculiar outbreaks of violence at this time. A professor of Greek murdered his father at a crossroads; in Spain, a matador stuck his sword through a horse. (135)

fragment of a dialogue

Is there a reason you haven’t bathed in almost a week?

Is there a reason you consider my personal hygiene to be of general interest?

Yes. There is a reason.

Would you care to elaborate?

When have I ever cared to elaborate?

I’m not sure I can be brief about about it…

I have as much time as you can spare.

I see. I am, as you know, attempting to work; by which I mean I am in the midst of intellection — not a sweaty business, though strenuous. Carefully I build up collections of thoughts, precariously balanced until mortared together with words. Through long days and longer nights I sort these thoughts. I cannot be swayed from my labor. I must work. Without distraction — which even you will have realized bathing must be.

The act of bathing then becomes the ultimate act of poesis — until the process begins again.

Do you actually believe any of that?