Properly, we shd. read for power. Man reading shd. be man intensely alive. The book shd. be a ball of light in one’s hand (55).1 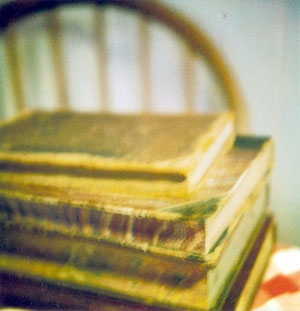 Reading Pound’s Guide to Kulcher, I was perplexed; partially because it is an odd book, aimed at those who don’t mind attending the university of the brain of Ezra Pound (which is a strange place, of many prejudices). Mostly, though, I just wasn’t (and ain’t) sure what to make of it, how to reconcile those parts I can (reservedly) agree with and those which strike me as outcroppings of the fashion of the times or mere idiosyncrasies.2 It jumps here and there, following a logic which I don’t quite see (and am too lazy to look for),3 and digresses on subjects with a force not quite necessary to the task of guide – as though Virgil cracked wise at every opportunity, and made opportunities to do so where none were before.

When I can agree with him, though, I find that I can generally agree pretty whole-heartedly. Some notes:

I suspect that the error in educational systems has been the cutting off of learning from appetite […] Real knowledge goes into natural man in titbits. A scrap here, a scrap there; always pertinent, linked to safety, nutrition or pleasure (98f).

Then there is education as apart from learning. By learning I assume in some measure that he means learning how to think about things, rather than being educated into a brittle edifice of apparent understanding. It’s impossible to force-feed knowledge; one gets prescient indigestion.

About thirty years ago, seated on one of the very hard, very slippery, thoroughly uncomfortable chairs of the British Museum main reading room, with a pile of large books at my right hand and a pile of somewhat smaller ones at my left hand, I lifted my eyes to the tiers of volumes and false doors covered with imitation bookbacks which surround that focus of learning. Calculating the eye-strain and the number of pages per day that a man could read, with deduction for say at least 5% of one man’s time for reflection, I decided against it. There must be some other way for a human being to make use of that vast cultural heritage (53f.).

Also how ideas of things become mixed up with the things themselves. There is the vast cultural heritage as an idea and then there is the representation of it, locked behind imitation bookbacks. There is the thing that is and the thing that seems and, though it seems that one can grasp it by a diligence of buttocks, that is the idea of an ass.

If the affable reader (or a delegate to an international economic conference from the U.S. of A.) cannot distinguish between his armchair and a bailiff’s order, permitting the bailiff to sequester that armchair, life will offer him two alternatives: to be exploited or to be the more or less pampered pimp of exploiters until it becomes his turn to be bled. ¶ The bailiff’s order may be openly such, or it may be a bailiff’s order heavily camouflaged, but homo not completely sap-head will smell, divine or see clearly the difference between his roof and a mortgage (244).

The supreme evil committable by a critic is to turn men away from the bright and the living. The ignominious failure of ANY critic (however low) is to fail to find something to arouse the appetite of his audience, to read, to see, to experience (161).