‘Most of the people I like,’ she said, ‘listen to the same sort of music I do—it’s how we find out what we have in common.’ Most of the people I like do not listen to the same sort of music as I do—mainly, I think, because the sort of music I really like is inimical to any kind of social message, to any message or meaning other than a common humanity, a hunger for life in all its miasma, a coming to grips with what is and what is not, which yet avoids complaint. Life is hard, this music says, it is complicated and dangerous and it hurts a very great deal—but it is also, inexplicably, the most beautiful, the most fantastic thing you will ever know, so make the most of it, dear fool, while you can.

Get a radio or phonograph capable of the most extreme loudness possible, and sit down to listen to a performance of Beethoven’s Seventh Symphony or of Schubert’s C-Major Symphony. But I don’t mean you just sit down and listen. I mean this: Turn it on as loud as you can get it. Then get down on the floor and jam your ear as close into the loudspeaker as you can get it and stay there, breathing as lightly as possible, and not moving, and neither eating nor smoking nor drinking. Concentrate everything you can into your hearing and into your body. You won’t hear it nicely. If it hurts you, be glad of it. As near as you will ever get, you are inside the music; not only inside it, you are it; your body is no longer your shape and substance, it is the shape and substance of the music.

Is what you hear pretty? or beautiful? or legal? or acceptable in polite or any other society? It is beyond any calculation save and dangerous and murderous to all equilibrium in human life as human life is; and nothing can equal the rape it does on all that death; nothing except anything, anything in existence or dream, preceived anywhere remotely towards its true dimension.
(2002.108, p. 17f., [Let us now praise famous men]) 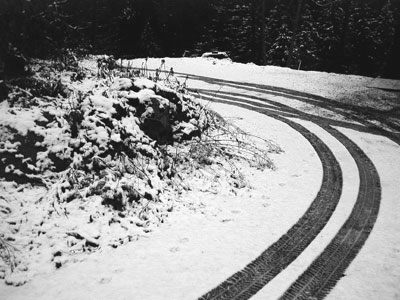 For a minute the opening balanced from one side to the other. Like a walk or a march. Like God strutting in the night. The outside of her was suddenly froze and only that first part of the music was hot inside her heart. She could not even hear what sounded after, but she sat there waiting and froze, with her fists tight. After a while the music came again, harder and loud. It didn’t have anything to do with God. This was her, Mick Kelly, walking in the daytime and by herself at night. In the hot sun and in the dark with all the plans and feelings. This music was her—the real plain her.

She could not listen good enough to hear it all. The music boiled inside her. Which? To hang on to certain wonderful parts and think them over so that later she would not forget—or should she let go and listen to each part that came without thinking or trying to remember? Golly! The whole world was this music and she could not listen hard enough. Then at last the opening music came again, with all the different instruments bunched together for each note like a hard, tight fist that socked at her heart. And the first part was over.

This music did not take a long time or a short time. It did not have anything to do with time going by at all. She sat with her arms held tight around her legs, biting her salty knee very hard. It might have been five minutes she listened or half the night. The second part was black-colored—a slow march. Not sad, but like the whole world was dead and black and there was no use thinking back how it was before. One of those horn kind of instruments played a sad and silver tune. Then the music rose up angry and with excitement underneath. And finally the black march again.

But maybe the last part of the symphony was the music she loved best—glad and like the greatest people in the world running and springing up in a hard, free way. Wonderful music like this was the worst hurt there could be. The whole world was this symphony, and there was not enough of her to listen. (2001.90, p. 101)

Generally: commonplace, life’s intrusions; more specifically to do with: Beethoven, Carson McCullers, music, oregon, The Heart is a Lonely Hunter.