The last house before the barracks was the brothel. Skull-white cabbages grew in the garden. A woman with a rouged face was emptying her rubbish as I passed. She wore a black Chinese shawl embroidered with aniline pink peonies. ‘¿Qué tal?’ and smiled the only honest, cheerful smile I saw in Ushuaia. Obviously her situation suited her. (121)

Raindrops smacked on the pavement. Old women, black specks along the wide street, scuttled for cover. I sheltered in a shop smelling of cats and the sea. The owner sat knitting oiled wool. About her were strings of smoked mussels, cabbages, bricks of dried sea-lettuce, and trusses of kelp, coiled up like the pipes of a tuba. (179) 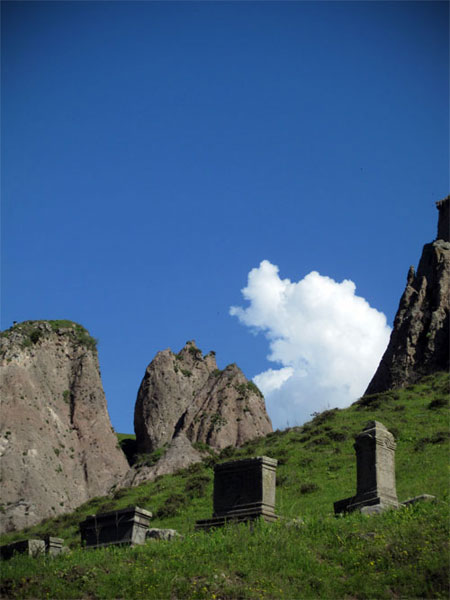 The day started out brilliantly sunny, and we went for a walk through the nineteenth century graveyards in the old village. By the afternoon, though, it was hailing – drops of ice the size of marbles mixed with torrents of rain.