Though ethnie and nationality might be distinguished in any number of ways – size, attachment to territory, secular versus religious identity, ‘soft’ versus ‘hard’ boundaries – the most fundamental difference is not some ‘objective’ characteristic internal to the group, but rather the discursive universe in which it operates and realizes itself. A modern nationality, with all its familiar qualities and political claims – popular sovereignty, ethnicity as a basis for political independence, and a claim on a particular piece of real estate – are only possible within the modern (roughly post-American revolution)1 discourse of nationalism. Whatever Greeks in the classical period, or Armenians in the fifth century, were, they could not be nations in the same sense as they would be in the age of nationalism. The discourses of politics of earlier times must be understood and respected in their own particularity and not submerged in understandings yet to come.

I no longer have conversations – I have grammatical encounters. 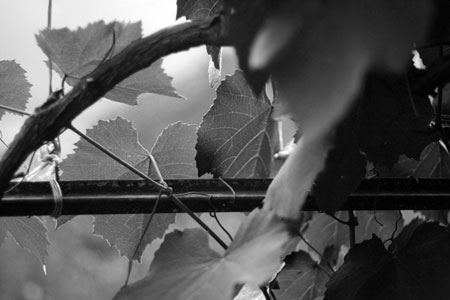 You reach a point in learning a language – usually sometime shortly after you can successfully ask and understand the way to the lavatory – when one word, usually a little word, will trip you up in supposed subtleties, tumble you into an ecstasy of confusion out of all proportion to its importance in actual use.1 The mention of this word in conversation, the delicate proportions of its appearance on the page, you greet with perturbation mingled with inexpressible2 delight. Oh these little words, of clear and unclear meaning, these adverbs, these prepositions, these postpositions, these nebulous, numinous specks upon the (in)certitude of syntax!

The current irritating particle is the Armenian էլի (eli), which one dictionary helpfully glosses as ‘adv. 1) again. 2) more.’3 A more helpful dictionary observed that eli also means ‘again, anew, more, some more, still, now, well’.4 This is not the half of it. For instance, when someone asks you what you’re eating, you can say: կարտոֆիլ էլի (kartofil eli) which doesn’t mean just ‘more potatoes’ or ‘potatoes again’, but seems to mean something more like, ‘potatoes of course, as you can see by looking at my plate, numbskull’. գնում ես էլի (gnûm es eli) which isn’t ‘you’re going again’ but is rather ‘you’re going aren’t you’ or ‘so you’re going, huh’. One speaker seemed to use eli in every sentence, much as an English speaker might say ‘like’, ‘well’ or ‘y’know’. Between the dictionary and what I was hearing I became a bit confused, so I looked in our textbook and found the following:

The ‘colloquial հա էլի (ha eli)expression is translated into English as Oh, yes, that’s right. The particle էլի softens the tone of the speech especially in the imperative sentences and could be translated with the word please. It has some other meanings, too. The expression լավ էլի makes a request stronger.5

This was a step in the right direction. I also checked A.V. Gevorkian’s East Armenian Course, but as it has no index and my Armenian browsing skills aren’t particularly good, I couldn’t find an entry on eli, though I did find several pages on էլ (el), which set me to thinking about the stress of eli. Most Armenian words (or all, depending on who you ask or what dialect you’re dealing with) are stressed on the ultima (unless the final syllable is a written or unwritten schwa), but eli is stressed on the penult. This might mean nothing at all, but it could also mean that eli was formed from el i, with the friendly modal word el meaning ‘also, too, as well’ and i being an archaic form of ‘to be’. It’s a comfort to speculate, anyhow.

Frankly I don’t know anything at all about eli and do not have sufficient language to ask the question and understand the answer even if I did know someone who would be able to answer.6 Someday I am sure I shall understand it, and be able to use it correctly and instinctively. For now, though, the Armenian I speak will sound a little odd, eli.

We always associate the word ‘book’ with printing, and think of it in terms of format and typographical convenience, but such mechanical criteria do not apply to notebooks, whose beginning and end are determined only by the unity of the poetic impulse which gives birth to a given series of poems. In other words, a notebook is the same as a ‘book’ in the sense in which it was understood by Charents, Pasternak and M. himself. The only difference was that M. did not have to stick to some particular length or structure – often artificial – which is required for a published book. But the word ‘notebook’ itself, as I have said, arose in our usage quite accidentally, owing to the fact that we were forced to write in school exercise books. It has the drawback of being too concrete in its meaning, as well as reminding one of Schumann’s ‘Notebooks’. The only thing in its favor is that it faithfully reflects the way in which we had been thrown back into a pre-Gutenberg era.