Another man speaks satirically of those people who out of restlessness or curiosity embark on long journeys, who keep no diaries and write no descriptions, who carry no notebooks; who go to see things, and who either don’t see them or forget what they have seen; who are only anxious to look at unfamiliar towers or steeples, and cross rivers that are not called Seine or Loire; who leave their native land merely in order to return to it, who like being away from home, and hope some day to be travelled men; and his satire is justified, it deserves listening to. 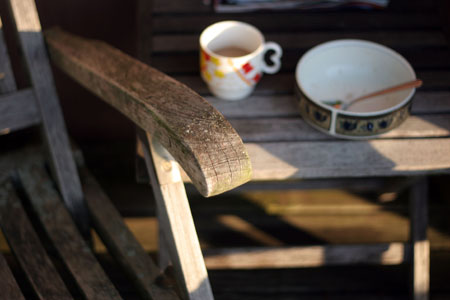 We move slowly in the fading shadows of the morning, with a lazy, ritual weight of action.

at the mercy of confusion

In Jerusalem, I had spent much of my time among the books of Gulbenkian library, following the loose threads of Armenian history. But the massacres, I put off until the end. What I’d been reluctant to start absorbed me at once; it was that that I had been afraid of. Everything else seemed meaningless when set against the reports of 1915.

Leaving the library after those sessions, I struggled for understanding. I wanted the courtyard outside to look different. I felt dazed and curiously grubby – as though simply by reading about it, I had participated in the obscenity.

the kind of day

Started the new job today, the sort of thing that sounds interesting and civic-minded, but is merely ordinary: the good manager gone, no one understands the new equipment, the ‘we’ll muddle through somehow’ approach to training. A passage of time, of limited duration.

Come evening I tumble down to a local favored restaurant and grab a seat at the bar, put in an order for the special. I’ve had the menu ten times over and it’s good, but the specials rarely stick around for more than the night and are better. She brings the water, brings the tea, and the pintucks in her orange shirt send me back to my book of short stories, which in turn brings me to wonder why anyone is bothering to write novels, when no one has time to read them. Maybe in a hundred years, when the dust has settled in the pages and critics croon at the resurrected quaintness; at present it’s maddening.

The evening keeps moving in, leaving the cap off the toothpaste and crumbs in the bed.

Unable to concentrate on anything more than a few feet in front of my face. Reading fine, computer okay, walking definitely out; sleeping only semi-recumbent; but better than yesterday, or the day before. How the body when ill sweetens the taste – of water, for instance, or broth, or tea – even as the appetite falters. All other food seems noxious.

Except waffles. This is a paradox. 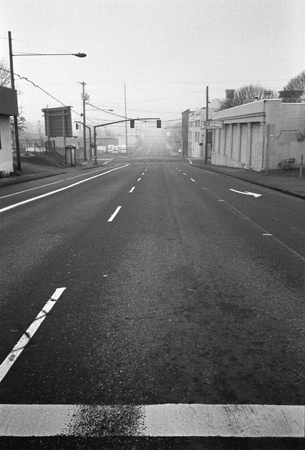 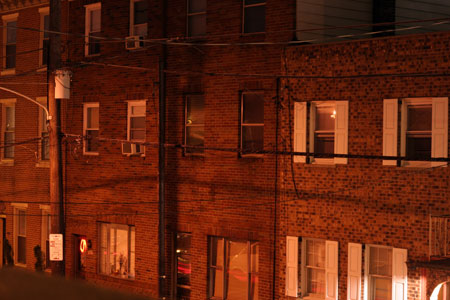 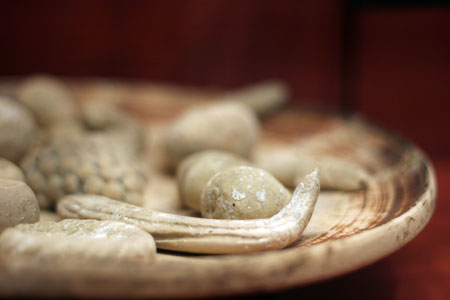 Offerings to the deity in the University of Pennsylvania
Museum of Archaeology and Anthropology.