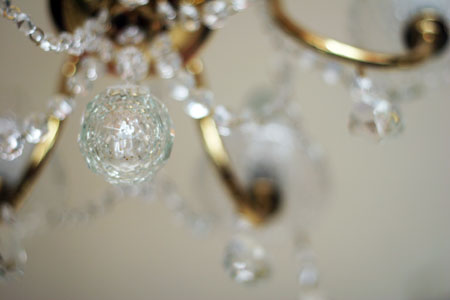 There was once a rich king who had three daughters. The eldest was the most beautiful of the three, while the youngest was the most clever. The middle child was neither beautiful nor clever and had nothing in particular to recommend her except that she could make the best bread in all the world. She spent the whole day, every day, in the kitchen baking as many different kinds of bread as she could think of, each one better than the last. Because of this talent, all of the princes from all of the nearby countries wanted to marry the middle princess, as princedom is a hungry business, and it’s as well, they figured, to have a wife who knew how to keep herself occupied.

Her sisters were frustrated by the lack of attention and decided to steal the bread-dough from the kitchen, so they could make better bread than their sister and find a husband that way. So one day the youngest sister went to the kitchen and told her sister that she had seen a thief carrying away countless sacks of flour from the royal pantry, as well as the royal sourdough starter. The bread-baking princess was terrified of such a loss, and the two hurried away to try and catch the thief, leaving the latest batch of bread-dough rising in a bowl next to several pounds of butter intended for a cake.

Once the kitchen was empty, the eldest princess snuck in. As you will recall she was the most beautiful of the sisters, but she was not particularly clever. She had never made bread before, so she did not know what bread-dough looked like. She saw the lump of butter on the table and, thinking that it had been most recently worked with, carried it away, not knowing her mistake until that evening, when the royal feast had to do without dessert, though not without her sister’s bread.